This December will be very exciting for technology lovers. The Amazon-owned autonomous taxi company, Zoox, is about to reveal its prototypes for electric self-driving cars. Spoiler alert: they look just as dorky as you can imagine. 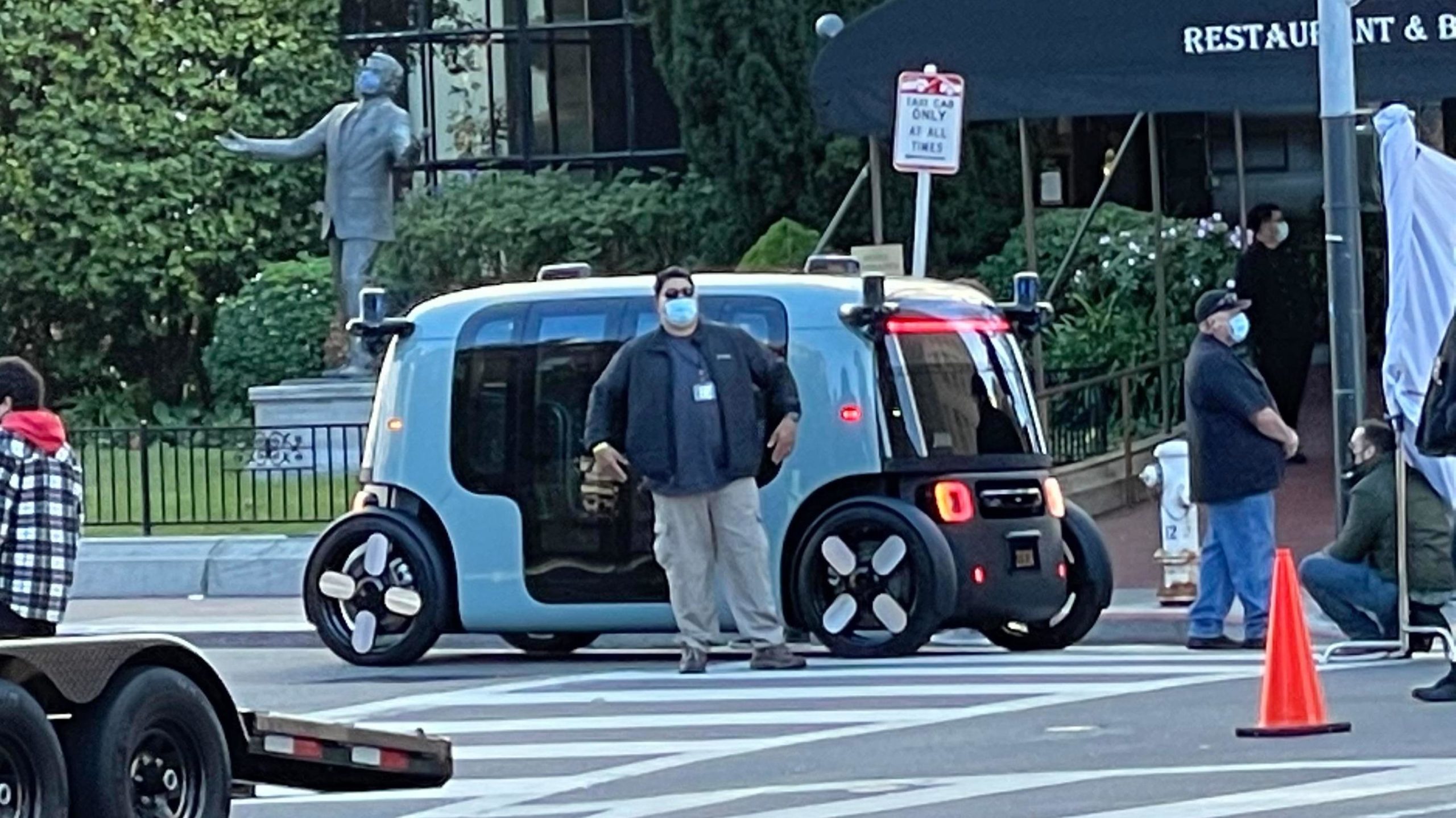 Days before the official release to the world, San Francisco residents got to have a sneak peek at the driverless cars because of a promotional shoot happening outside of Fairmont Hotel on Mason Street. Up until that point, all we knew were previously shared images by Zoox showing the incomplete version of the vehicle. We now have a more accurate take on how the driverless taxis will likely look.

According to Zoox, the vehicle will seat four people, two by two facing each other, and will have bus-style doors on the side. It’s reported that the driverless car will be designed to drive in either direction, with each of the four wheels will have its own independent steering. That way, the car will be able to rotate in place. The matter of blind spots is resolved by adding lidar sensors to the exterior. In terms of visuals, the design is reminiscent of the henchman car shown in the unlicensed, direct-to-DVD knockoff of Cars.

Although many were expecting a futuristic design, the Zoox model isn’t actually as aerodynamic looking as expected. Then again, the driverless car is designed for urban mobility where the focus is on other aspects like size and movement technology.

Zoox has undoubtedly come a long way since 2013 when its development models were labeled as “vaporware horseshit.” Unlike many other companies devoted to autonomous vehicle development like Apple, Uber, and Lyft, which have slowed down their plans, Zoox is moving forward with its goals to revolutionize the sector. When will that revolution happen is too early to tell, but it’s definitely on its way.

14 Teams Might Be Playing in the NFL Postseason Games

The playoff format for the National Football League is considered to be one of the best compared to ...

Even though the general perception is that fast-food restaurants have thought of everything, KFC ...

Pets Staring Into Their Owners’ Eyes Is Warming Everyone’s Hearts

They say the purest form of love can only come from pets. Judging by this gallery, that’s probably ...