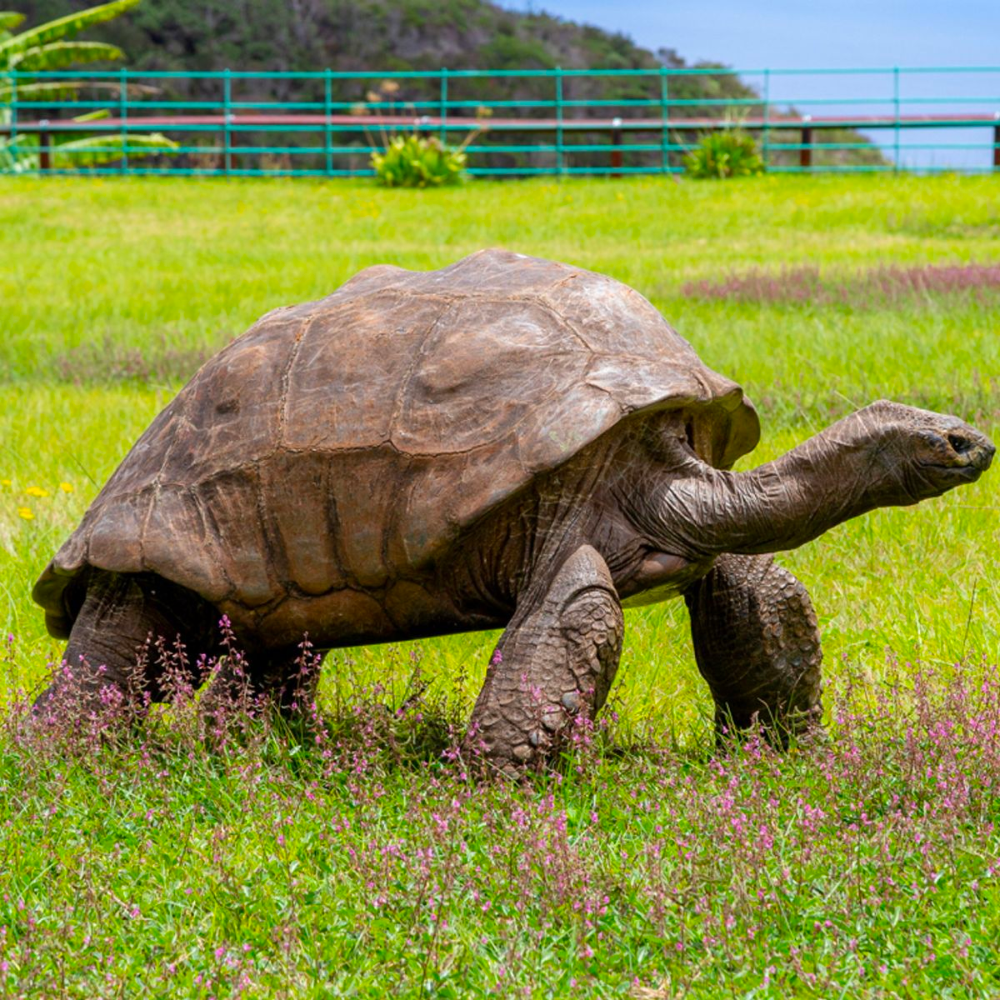 A tortoise who recently turned 190 years old and his fellow islanders went all out to celebrate its birthday. Jonathan is actually the oldest living land animal on Earth today. These little moments not only bring joy to people’s lives who are around those animals but also showcase the beauty of our ecosystem.

The tortoise and its story

According to reports, Jonathan was born in the early 1800s, about 200 years ago. For 140 years, he has lived on the island of St. Helena in the South Atlantic Ocean, which is a six-hour flight from Johannesburg, South Africa. When he first arrived on the island, his age was measured to be around 50 years, and it’s possible that he’s even older. As St. Helena’s resident veterinarian for many years, Joe Hollins, took care of the enormous turtle. Hollins has spoken about how Jonathan has lived through some monumental moments of history, like numerous conflicts, multiple kings, queens, and leaders, the birth and boom of technology, and much more. And through all the ups and downs, he has been on that island having fun.

Being the most permanent inhabitant and a much-loved member of his island community, there was a three-day birthday party thrown for Jonathan, where he indulged in all of his favorite vegetables. As a token to remember the occasion, unique stamps were sold at the party. The grounds of Jonathan’s residence, Plantation House, featured a variety of posters honoring his life, along with images and words from those who have visited him throughout the years. A number of activities were planned, including a substantial vegetarian feast that was broadcast live across the world on Plantation House’s Facebook page. To cap off the three days of events, an animated video and song honoring Jonathan’s life were debuted at an outdoor market at Plantation House. The final gift was a birthday cake that was made of his favorite foods.

Scientists Describe Their Strategy for Saving the Tasmanian Tiger From Extinction.

Thylacine, or the Tasmanian Tiger, is one of the most iconic species of Australia. Colossal ...